During this year I had the opportunity to work in the ATLAS Control Room at CERN in the course of my Ph.D. project. The ATLAS experiment operates one of the two large-scale, general-purpose detectors at the LHC that discovered the Higgs Boson in 2012. Currently, the ATLAS collaboration is taking data at the highest center-of-mass energies in proton-proton collisions. Unlike the other posts here, this post is not about a technical problem that I have encountered, it is about my personal experience in the Control Room.

I was lucky to grow up in the black forest which is close enough to CERN. As a young high school student already interested in physics, I was able to go on day trips to CERN a couple of times. This was very intriguing to me. I remember visiting the ATLAS control room, looking through the glass from the visitor area and imagine what it is like to sit there and work in the control room. Almost ten years later, I am on the other side of the glass wall to cover Run Control shifts. I can tell you it probably feels like being a zoo animal when a group of visitors comes and takes photos of how you work. 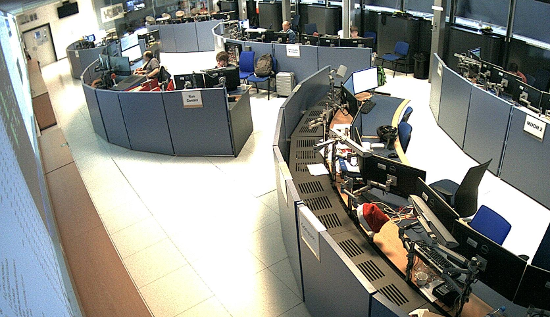 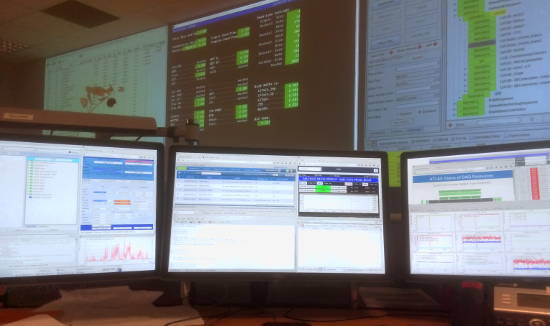 As a Run Control shifter, it is my job to prepare the detector readout systems for a run (i.e. a fill of the LHC with protons which lasts several hours), start/stop the run and make sure that the data is read properly read from the detector. The data acquisition system of a detector being 44 m × 25 m × 25 m in size, with millions of readout channels and proton-proton collision happening every 25 ns, is a fascinating machine by itself.

I am happy to take part in this unique opportunity during my Ph.D. The recorded events since 2015 are taken at unprecedented center-of-mass energies of 13 TeV. My main occupation is to analyze the data taken since 2015. It is a nice change in perspective to see how the data are actually made. Without this experience, the data would simply be a multi-petabyte collection of files. Now, I have a personal attachment to the data (without losing scientific objectivity of course) and I can say that I contributed to the data taking.

Around the time this article is published, LHC and ATLAS will stop the last proton-proton run for this year. They will go to a Long Shutdown at the end of the year after a few weeks of heavy ion collisions. For the next two years, there will be no collisions at the LHC. However, we are just starting to analyze the data taken between 2015 and 2018, and there is still a lot to discover.